When the Interview Process Becomes an Opportunity For Intellectual Property Theft 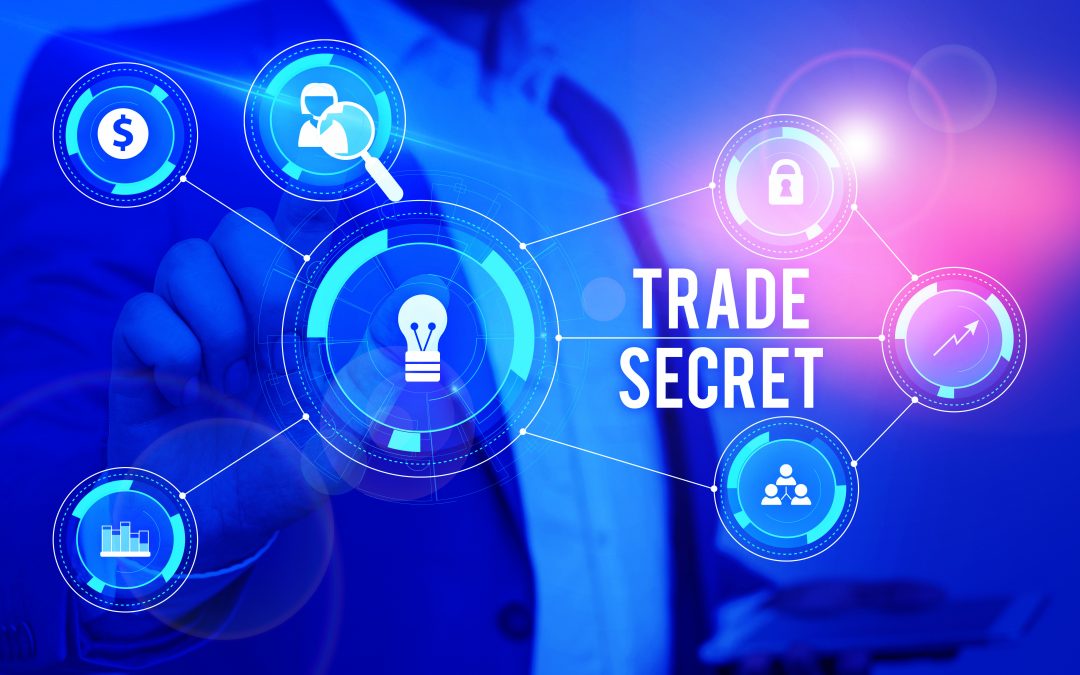 Marc acted strangely during his interview–he was more interested in the facility than the actual job, frequently glanced around at his surroundings, and he asked a number of questions not related to the role. Marc also requested a tour of the lab, which was provided by a junior team member. By the end of the interview, it was clear that he wasn’t a fit for the role. In fact, despite his impressive credentials on paper, he didn’t seem to have any transferable skills or interest in the role.

Marc used the opportunity to gain access to key, confidential information. He even stole a couple of USB drives as well as documentation when he was left alone in an interviewer’s office and when he walked unescorted to the restroom. He also brought an inexpensive pen camera with a microphone to record the discussion, effectively delivering accurate, sensitive detail with minimal effort.

Intellectual property (IP) theft via corporate espionage, also called industrial espionage, involves the theft of data meant for economic gain. This type of spying occurs between companies, corporations, and sometimes foreign governments. The candidate interview process creates a unique opportunity for these transgressions. Many interviewers might not even notice a stealth candidate taking a picture of a confidential whiteboard, stealing a USB drive, or taking a sensitive document left on a common printer.

Corporate espionage can take many forms and can have a devastating impact on a company. While it is outlawed by the Economic Espionage Act of 1996, unfortunately, it’s still a relatively common practice. Some companies manage to spy on their competitors under the radar. The reverse situation of the one we encountered can also happen–an unsuspecting employee goes to a competing entity and is interviewed on the basis of “leaking” proprietary or sensitive information. Many corporate spies do not get caught or are caught after it’s too late and the intellectual property has been transferred. 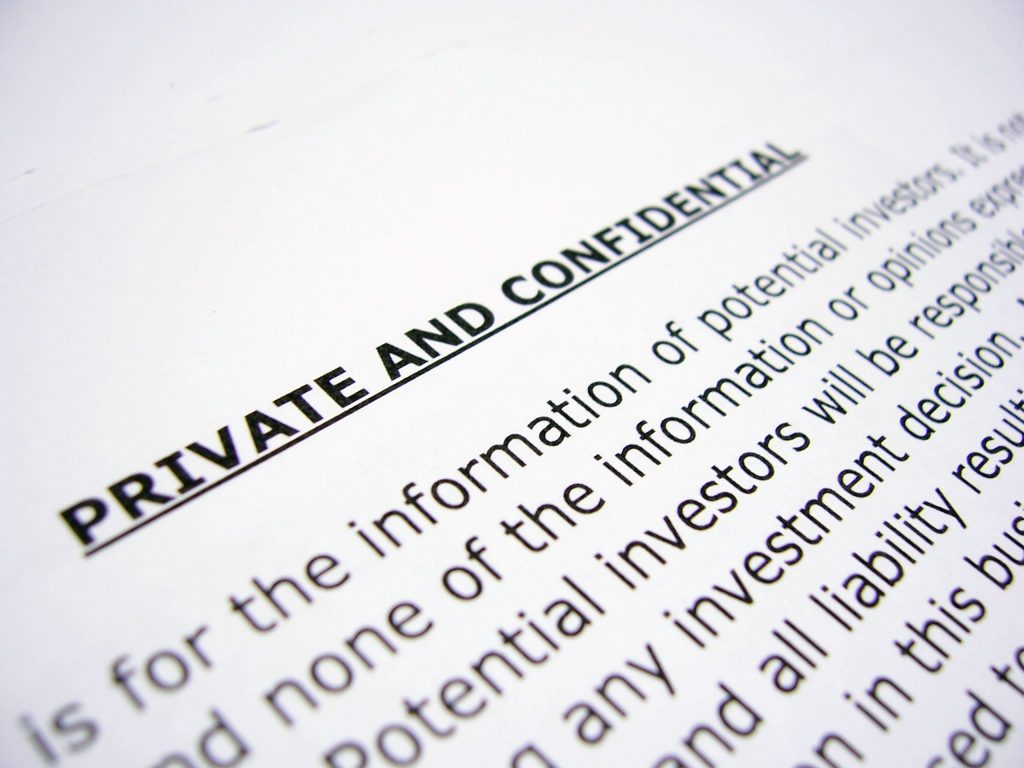 According to the U.S. Commission on Theft of American Intellectual Property, the annual cost to the U.S. economy is on the order of hundreds of billions of dollars. This cost continues to exceed $225 billion and could be as high as $600 billion to U.S. corporations. Life science companies are some of the hottest targets. China alone has stolen IP from one in five US companies in 2019 according to a CNBC Poll.

Corporate Espionage Beyond the Interview Process

While the interview process provides a perfect opportunity for IP theft, it can take place under other clever circumstances. For example, previous employees of your organization may still be able to access sensitive corporate data on your company’s servers. Or current employees can be bribed and or offer sensitive detail in interviews or social settings. Some other examples include:

Technologies used in corporate espionage technologies can include hacking USBs, which can contain malware which allows malicious entities to access corporate servers to steal data. In 2013, hackers working for the Chinese government stole trade secrets from U.S. and European aviation companies. Chinese hackers who visited the Suzhou headquarters of French aviation company Safran left a USB drive containing malware which allowed them to access corporate data.

However, corporate espionage technology doesn’t have to be sophisticated. Recall that, in the example we related at the beginning of the article, Marc brought a pen camera with a microphone to record conversations and obtain trade secrets. Corporate spies can steal computers or thumb drives, or use video or audio recording, to facilitate their intellectual property theft.

Just a few weeks ago, a striking case of corporate espionage hit the local news. On December 10th, a Chinese National medical student was caught at Logan Airport smuggling vials of research specimens in his luggage. Zaosong Zheng, 29, came here on a Harvard University sponsored visa and spent the past year doing cancer research at Beth Israel Hospital. Zheng was also caught with the laptop of a fellow Chinese researcher, who was in on his plan to steal the specimens, continue the research at home, and take credit for the work. This may sound rather brazen, but according to the Boston Globe it is not uncommon, as there have been about 18 similar cases at Logan Airport.

This case comes just a few months after several biotech leaders wrote an open letter to the NIH admonishing the dismissal of five Asian-American scientists from MD Anderson Cancer Center and Emory University on the basis they did not report their foreign ties. These dismissals were part of a larger NIH campaign to address concerns of IP theft among foreign nationals, especially those from China. The target is often oncology, and with China encroaching on the U.S.’s progress, NIH feels their concerns are valid. The biotech leaders worry the campaign is xenophobic and could hinder progress.

The NIH began their campaign in 2018 after several major cases of biopharma corporate espionage were made public, including one out of GSK’s Philadelphia R&D facility. A researcher pleaded guilty to stealing confidential research and sending it to China; she was working in conjunction with several other Chinese nationals. The other highly publicized case involved three scientists at Genetech transferring trade secrets to a Taiwannese competitor.

Protect Your Company against Corporate Espionage

If this is all sounding a little overwhelming, don’t panic–there are many precautions you can take to protect your company. Forbes outlines a list of ways companies typically shield themselves from corporate espionage. The best practices list takes into consideration both internal security issues, arising from current and past employees being able to access and leak data, as well as outsiders who are trying to get access to company information.

The most reasonable precaution is to conduct a security audit of both physical spaces and intellectual property (which can include anything from ideas being floated around the office to data located on your company’s servers). The audit should also work to secure sources of data, such as USB drives or laptops, that could be stolen by a corporate spy walking through your building.

The list also suggests organizations take into consideration the ability of outsiders to visit their company. For example, major tech companies such as Apple and Google are typically located on a private road that is away from main thoroughfares in order to reduce visitor traffic and reduce spying and data loss. 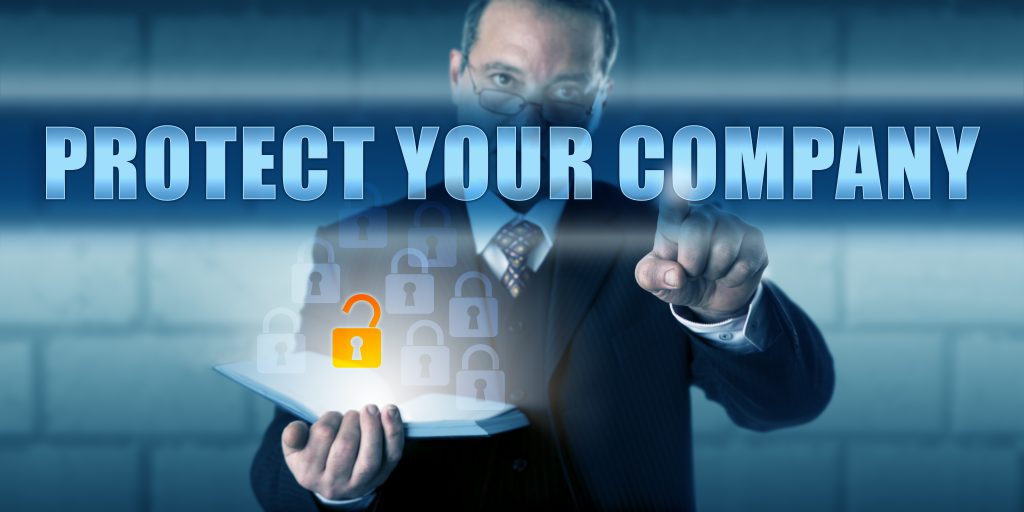 Other ways companies can protect themselves include:

Roger Johnson, CEO of Right Brain Sekurity, in an interview with Digital Guardian recommended deploying effective insider threat countermeasures with a focus on disgruntlement detection and mitigation techniques. He indicates that there are many motivations for an inside attack, but disgruntlement is one of the easiest to address. He recommends fair, effective, and widely used grievance and employee assistance programs. Treat all employees and contractors well (not just “fairly”), especially those with sensitive IP access and those who have been terminated. As we suggest in a recent article, there are different ways managers can appreciate their employees that are not to be overlooked.

When it comes to the candidate process, it’s about knowing what to look for:

Corporate espionage may seem like something out of a Hollywood movie, but it is very real and more common than you might think. Unfortunately, the candidate interviewing process can serve as a unique opportunity for spies to gain access to sensitive and confidential information including company IP. That doesn’t mean you need to stop interviewing highly qualified candidates on the concern they might be spies. With proper precautionary measures and ongoing vigilance, you can mitigate risk and still build a stellar (spy-free) team.