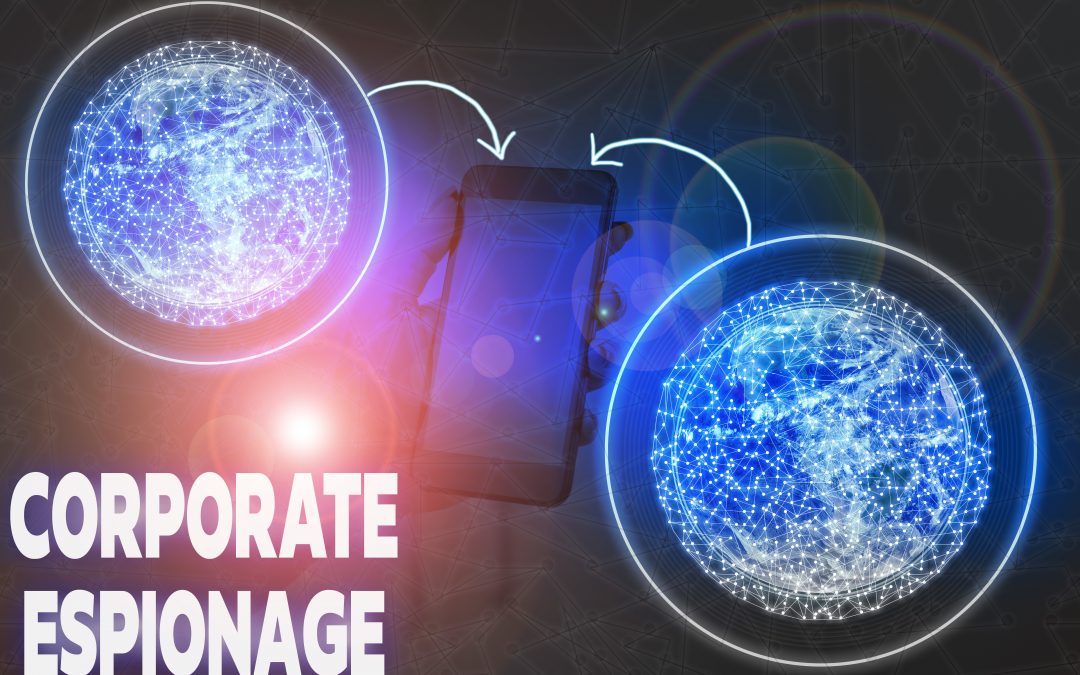 In the first part of this series, we told the story of a candidate that used the interview process to steal proprietary information from a potential employee.  The interview process can provide a perfect opportunity for IP theft, but it can take place under other clever circumstances. For example, previous employees of your organization may still be able to access sensitive corporate data on your company’s servers. Or current employees can be bribed and or offer sensitive detail in interviews or social settings. Some other examples include:

Technologies used in corporate espionage technologies can include hacking USBs, which can contain malware which allows malicious entities to access corporate servers to steal data.  In 2013, hackers working for the Chinese government stole trade secrets from U.S. and European aviation companies.  Chinese hackers who visited the Suzhou headquarters of French aviation company Safran left a USB drive containing malware which allowed them to access corporate data.

However, corporate espionage technology doesn’t have to be sophisticated.  Recall that, in the example we related at the beginning of the article, Marc brought a pen camera with a microphone to record conversations and obtain trade secrets.  Corporate spies can steal computers or thumb drives, or use video or audio recording, to facilitate their intellectual property theft.

Just a few weeks ago, a striking case of corporate espionage hit the local news.  On December 10th, a Chinese National medical student was caught at Logan Airport smuggling vials of research specimens in his luggage. Zaosong Zheng, 29, came here on a Harvard University sponsored visa and spent the past year doing cancer research at Beth Israel Hospital.  Zheng was also caught with the laptop of a fellow Chinese researcher, who was in on his plan to steal the specimens, continue the research at home, and take credit for the work. This may sound rather brazen, but according to the Boston Globe it is not uncommon, as there have been about 18 similar cases at Logan Airport.

This case comes just a few months after several biotech leaders wrote an open letter to the NIH admonishing the dismissal of five Asian-American scientists from MD Anderson Cancer Center and Emory University on the basis they did not report their foreign ties.  These dismissals were part of a larger NIH campaign to address concerns of IP theft among foreign nationals, especially those from China. The target is often oncology, and with China encroaching on the U.S.’s progress, NIH feels their concerns are valid.  The biotech leaders worry the campaign is xenophobic and could hinder progress.

The NIH began their campaign in 2018 after several major cases of biopharma corporate espionage were made public, including one out of GSK’s Philadelphia R&D facility. A researcher pleaded guilty to stealing confidential research and sending it to China; she was working in conjunction with several other Chinese nationals.  The other highly publicized case involved three scientists at Genetech transferring trade secrets to a Taiwannese competitor.

These cases illustrate how easily proprietary information can get into the wrong hands. The good news is that there are ways to make sure this doesn’t happen. In the final section of this piece, we’ll talk about how to protect yourself against such threats.

Interested in getting the entire 3 part series in your inbox? Enter your details below: