You aced the interview and landed the job of your dreams! Now comes the part you’ve been dreading: resigning from your current company. You imagined the conversation with your boss a million times and feel confident as you walk into his office.

As you expected, your boss is upset. But then he catches you off guard by presenting a counteroffer: an attempt by your current employer to encourage you to stay.

Career changes are often scary and leave you wrought with anxiety about leaving the familiar comfort of your current position. You may also be nervous about starting over and proving yourself in your new position.

Just because the move is scary, doesn’t mean you should accept that counteroffer, which could leave you confused and create buyer’s remorse down the road.

Is the new position a positive step toward advancing your career?

Will it be better for you than your current position?

If you answered yes, then pursue the new position.

Some companies never make counteroffers, while others do it often. Consider what happens when an employee resigns:

1. Morale will most likely to suffer. Your resignation will probably be viewed as an unfavorable reflection on the company and/or your supervisor and could stall progress on a project, increasing the workloads for your colleagues.

2. It costs the company money. It’s expensive, in terms of time, energy, and money, to replace an employee. Therefore, it may be a cheaper solution to entice you to stay. The counteroffer may include a raise, promotion, change in job title or description, and future promises.

Beware: This “solution” may be a stalling technique that could hurt you in the long run. By convincing you to stay, the company buys itself time to finish a big project, restructure employees or find your replacement.

Companies who have it in their policy to make counteroffers may not be the type you want to work for anyway. They usually have high employee turnover costs and morale problems, so they make counteroffers because they weren’t taking care of their employees like they should have in the first place. Counteroffers cost companies a whole lot less than offering a higher salary, better benefits or more incentives from the beginning.

The goal of a counteroffer is to get you to stay, so they are usually filled with praise and adulation, and may sound something like this:

“But you’re in the middle of a big project! You’re much too valuable to the team to desert us now! We were going to wait until next month, but we were just about to give you a raise/promotion to show you how much we appreciate your work. Why don’t we make it effective immediately instead?”

“That’s so surprising! We had no idea you were unhappy here. Let’s discuss this further before you make a final decision. We’ll make it worth your while to stay.”

“We have great plans for you here! Why would you want to throw away all that you’ve accomplished here just to start over at the other company?”

Counteroffers are often very tempting and flattering. Sometimes, you may even detect a threatening undertone—implying that if you turn down the counteroffer, you’re ruining your entire career.

Here are a couple reasons why counteroffers very rarely work:

1. No matter what anyone says, you will always be the person who tried to quit. Trust and acceptance between you and your boss, and among your immediate colleagues will most likely be lost.

2. The reasons you thought about leaving in the first place will still be there. The counteroffer is a band aid that may temporarily cover up the problems that led you to seek out a new job, but those problems will resurface.

Research shows that 80 percent of employees who accept a counteroffer end up leaving within six months and 90 percent leave within 12 months.

Consider the flattery that makes up a counteroffer: is it really about you?

Remember that every company has a budget. If your counteroffer involves an increase in salary, is it just the raise you would’ve received in a couple months? 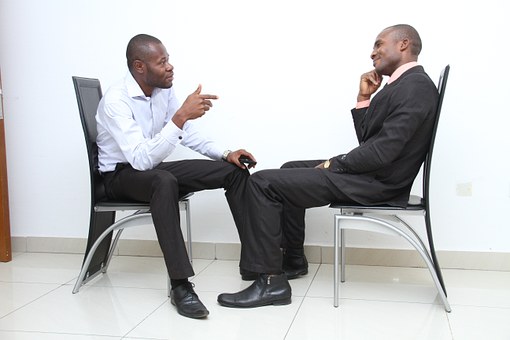 Something to Consider When Presented with a Counteroffer

Before you make a decision, consider your current position and the new position as if you were unemployed. Which position holds the most real potential? The answer is most likely the new one, or you probably wouldn’t have accepted it to begin with.

What should you do with a Counter Offer?

Every recruiter out there has dozens of sob stories involving counteroffers. If you’re ready to leave a job, leave. The attractiveness of the counteroffer will not change your feelings about your current position in the long run.

Avoid any misunderstanding by submitting your resignation in writing. Email is usually the preferred method because it serves as a record of what was said.

In your letter of resignation, focus on the positive opportunity you’ve been offered with your new company and do not feel pressured to explain your reasons for resigning if you do not want to discuss them.

Handling your resignation right the first time is imperative for a clean and positive exit. Strive to be professional and courteous at all times during the process and offer to help during the transition time.