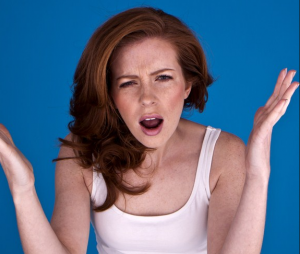 Have you ever left an interview for a pharmaceuticals or biotech job position feeling that things went fantastic only to be later informed that you “aren’t a fit.”  Worse yet, maybe you were never informed or you heard through the grapevine that a lesser qualified candidate got the position.

…but everything went great!?

Everything seemed to go well.  You “connected” with the interviewers, you knew you were well qualified, you followed up with personalized thank you emails.

What happened? What went wrong?

For starters, let’s start by facing the simple fact that life isn’t fair. Nowhere is this more true than in employment and hiring.

The truth is that, the best people don’t always get the job and in general, job interviews are a flawed process of assessing and projecting talent. Most pharmaceutical and biotech interviewers aren’t trained on how to gauge talent. Even if they are, most will spend less than 10 seconds reviewing a resume before interviewing the candidate. This pittance of time is often followed by an emotional rather than logical assessment of a candidate. 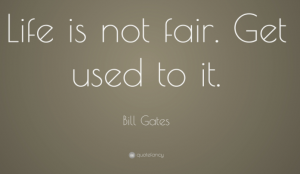 get used to it

If it were solely about qualifications and competency, most companies would have workforces that look markedly different. Bestselling author and popular speaker Scott Berkun indicates that most interviewers make instinctive judgments based on biases they’re not aware of. They use back-filling, logic to support an intuitive response they’re in denial about. This lack of self-awareness is not universal but it is pervasive. He feels most job interviews are deeply flawed and unfair experiences.

It isn’t JUST about the interview and just as importantly, not all jobs are created equal. There are behind-the-scene dynamics that determine who will fill the position.

These unadvertised aspects can ultimately determine your odds of success in landing the position.

Below is some of the inside information you probably weren’t privy to:

These are just some of the reasons you didn’t get the job despite a good performance.

Wouldn’t it be nice if there were an odds of success indicator BEFORE you went in for an interview? I mean if you knew your odds of success were 1 in 100 you might want to save your time. In a few of these instances your odds could very well be close to zero and the job simply isn’t real.

Alas, there are some things you can do to improve your odds: 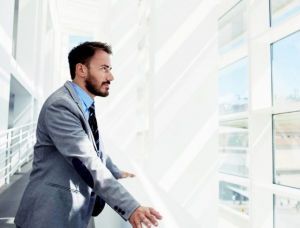 Sometimes the job is a mirage

In many instances you can get a sense of how “real” a job is by asking pointed questions  before you head into the interview..

How long has the position been open?

If it’s been open a long time, more than a few months, then there is likely some kind of issue and you should be a bit suspicious.

How many candidates have interviewed so far for the biopharma position?

If you are the first interview, expect that there will be a wait involved as seldom is a hire made after only one interview. If there have been numerous interviews find out what the candidates have been lacking. Do you have the special sauce that they don’t?

Have any candidates turned the position down?

If yes, Find out why. Although it is unlikely that you will get a genuine answer, sometimes a hint may emerge. Perhaps they aren’t paying market rate or they have unusually high expectations.

Keep in mind that  company may have a history of advertising and not filling positions. If you can  try to connect with the hiring manager or an individual from the hiring team before the interview to create some rapport and to get additional info you won’t get from HR.  Do as much internet sleuthing about the company as you can but keep in mind that  nothing beats first hand information from someone who works there.

In some cases your interview failure can be solely attributed to your style and you may not even be aware of it.. You may have an inflated view of self or you come across as arrogant or boastful.

You may also be sending the wrong signals during your interview. In: his piece, Why Smart People Don’t Get Hired , Maurice Ewing comments on smart people being  subject to (cognitive) “bias blindspots”. In other words, they don’t see their mental hangups and, in many instances, are even more subject to bad judgment than others that aren’t nearly as smart or qualified. This could explain why intelligent  job seekers may not be making allowance for the cognitive biases that turn employers off and reduce their chances for landing suitable roles.

Try to gain some self-awareness by practicing with friends or family. Make adjustments through this practice and try to imbue the general qualities of employer attraction into your interview.

perceptions can be different from reality

3) Tilt the odds in your favor

Now that you learned whether the job is “real” or not and you know your bias blind spots it’s time to learn how to subtly sell yourself. In her succinct piece How to Convince an Employer to Take a Chance on You, Katie Douthwaite Wolf explains that you need to showcase what sets you apart and to refrain from drawing attention to your lack of skill or experience. While this may seem obvious this needs to be done in the cross section of humility and confidence. Another nuance: You often interview best when you have nothing to lose as in you are comfortable in your current role and aren’t actively considering a change. People want what they can’t have so for this reason alone you will be more attractive as a candidate.

Luck will alway play into the equation but you can make your own luck by being a discerning and self-improving  interviewer. When faced with rejection, don’t let negativity take over. and don’t give up. Move forward and look up, and consider that some jobs were never meant to be!